I decided to use my photograph to highlight my experience of this space and my role as author of this moment. The following works all derive from the same photograph; in a series I’ve entitled ‘Border Landscapes.’
In ‘Rust Fade’ I projected the photograph and introduced a coloured filter which encroaches on the landscape. Again a very direct visual sign of the photographers action on the image.
I photographed the projected image and printed it onto tracing paper, placed loosely over a grid of triangles, playing both with the triangular perspective of the image, and the idea of the triangle as a signifier, pointing the way. 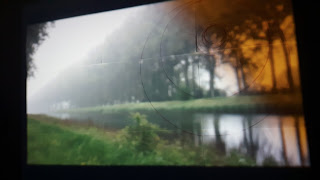 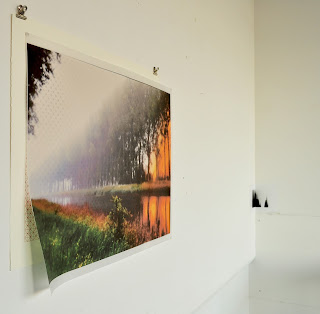 In these sketches I began to explore the idea of making the invisible, visible within the landscape.
For example lines that warn you not to cross. Passages of space directing you through the image and obscuring other routes. 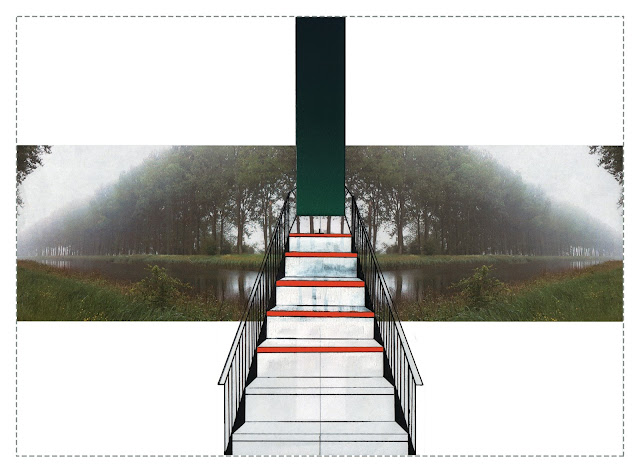 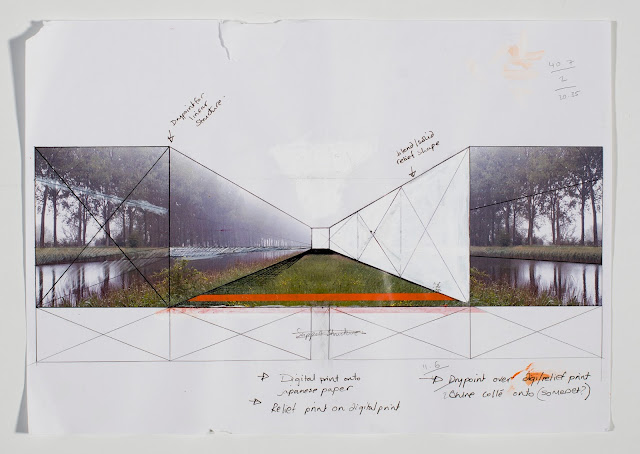 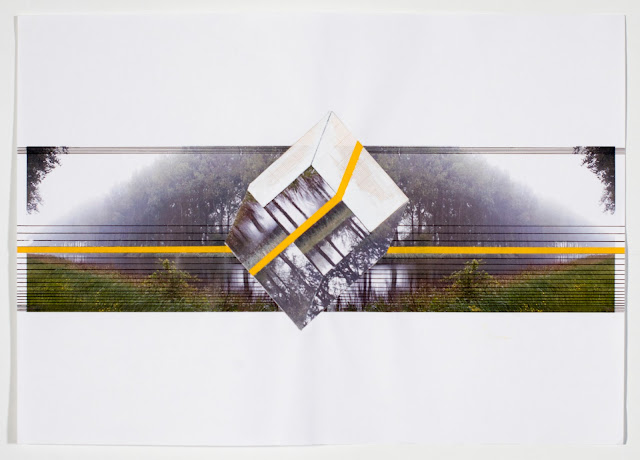 These have developed into large scale digital prints overlaid with drypoint which I have again excavated to reveal flat areas of colour, acting as reflective passages of space and motion. 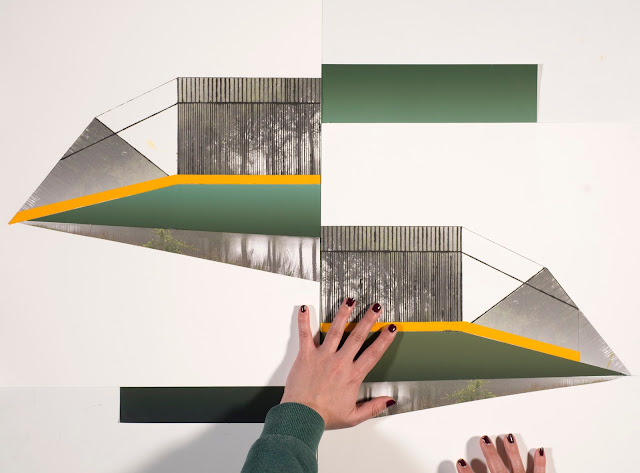 I am exploring different configurations of these collages, in an attempt to define this landscape by the way your eye travels through it. 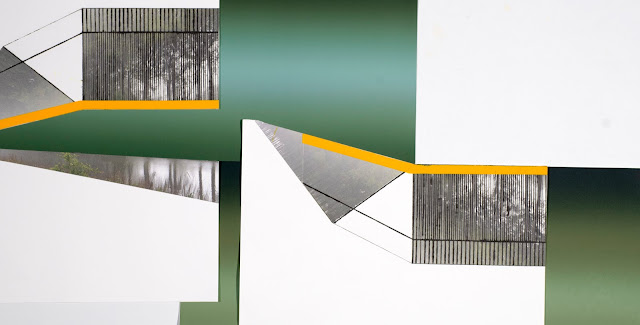 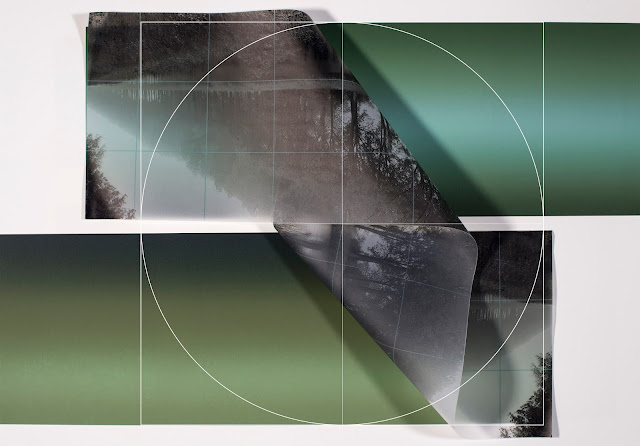