I'm intrigued by plans for artworks, in particular those that are never realised, eg. Christo and Jean Claude, Projects not realized: http://christojeanneclaude.net/artworks/projects-not-realized . I began to think about drawing structures into the landscape that look functional and yet have no purpose and will never exist physically, piecing together photographic fragments from a panoramic photograph taken in Wales.

I took the image by turning in a circle taking a continuous stream of photographs, and stitched these together on photoshop. It saves each fragment as a separate layer. This was a way of fragmenting the image without making conscious choices. 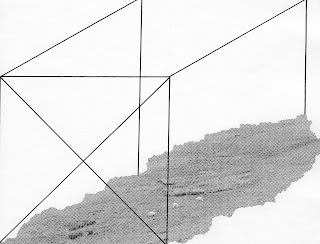 The cut-out sections brought the image to life, enlivening the 2D into 3D. Bringing back this notion of the manmade excavation of the land that has been a recurring theme in my project. I am intrigued by the notion of the print as a physical surface, just as the land artists were interested in the notion of the Earth's surface as something that could be manipulated. I took the triangles that I had excavated from the printed surface and mapped these below the photographic/constructed image. A plan or suggestion of something for the future. 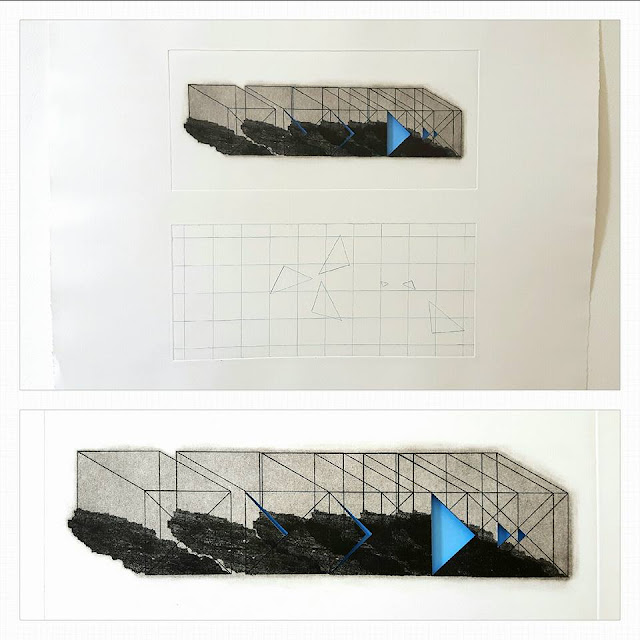